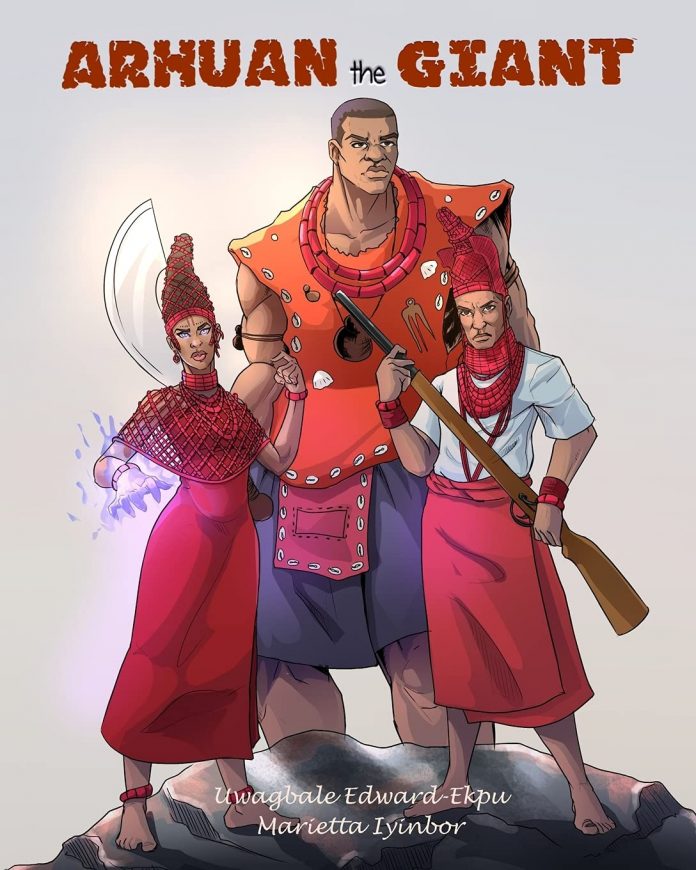 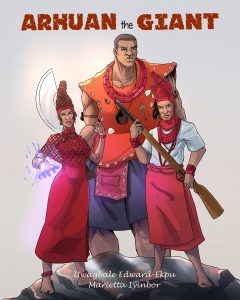 My book review is based on a book called Arhuan the Giant, which is a cultural Benin story. It is a deep-rooted rivalry between two brothers that runs like the streams in a river or the roots of a muddy brown bark tree, that began ever since they were born till bloodshed, war, and many tragedies. Stepbrothers Okoro Osawe and Arhuan were both sons of the Oba (king). In Benin tradition the birth of a baby will only be announced once they cry but these stepbrothers were born only minutes apart. Arhuan just a few minutes earlier than Okoro but Okoro cried first which meant he was the heir to the throne. Some could say Arhuan was stripped of his birth right and was gifted to Okoro instead. Arhuan was a great warrior and the tallest man in the Benin kingdom which Is where he got his nickname ‘Arhuan the giant’ from. He grew up with hatred and dissatisfaction due to Okoro being moulded into the heir to the throne whilst he was left on the side-lines.

This book has given me an insight of the Benin traditions and culture such as, how the next Oba is chosen and what a child of the Oba can gain from palaces\kingdoms. As well as this, it has allowed me to see the depth of a sibling’s relationship and how far hatred can take a person as this led to the death of Arhuan’s son Onioni, his wife, his other son who died in a previous war and the deaths of many warriors on both sides all to prove which sibling deserves to be Oba (king).

Okoro’s mother is Oloi Idia (queen Idia) she shows that women can do it all and that you can be the different colour ink on the page or the orange leaf on a mint green tree. You can be the one to set the world on fire blazing with dreams and fresh ideas. Queen Idia is a strong woman as when a mother’s son becomes the Oba the mother is meant to be killed so they do not have an influence on the decisions their son makes.  But instead of this Okoro did not allow her to be killed and built her a haven. Oloi Idia was the brains behind Okoro’s war’s he had won and due to her very strategic tactics and ideas Okoro had many victories. Oloi Idia made such a huge difference that the law was altered and of the mother Oba no longer had to be killed.

I recommend this book to all ages as each page as a beautiful illustrating and has a very detailed yet child friendly description on this book which is a true story. This book inspires me to grow with passion and fill my eyes with bright images of joy and true happiness and to feed myself positive thoughts instead of hatred. If Arhuan can use his whole life to fight for what he believed he deserves I can fight for what I know I deserve, you can fight for what you deserve, and we can fight for what we deserve. He did it and so can you.