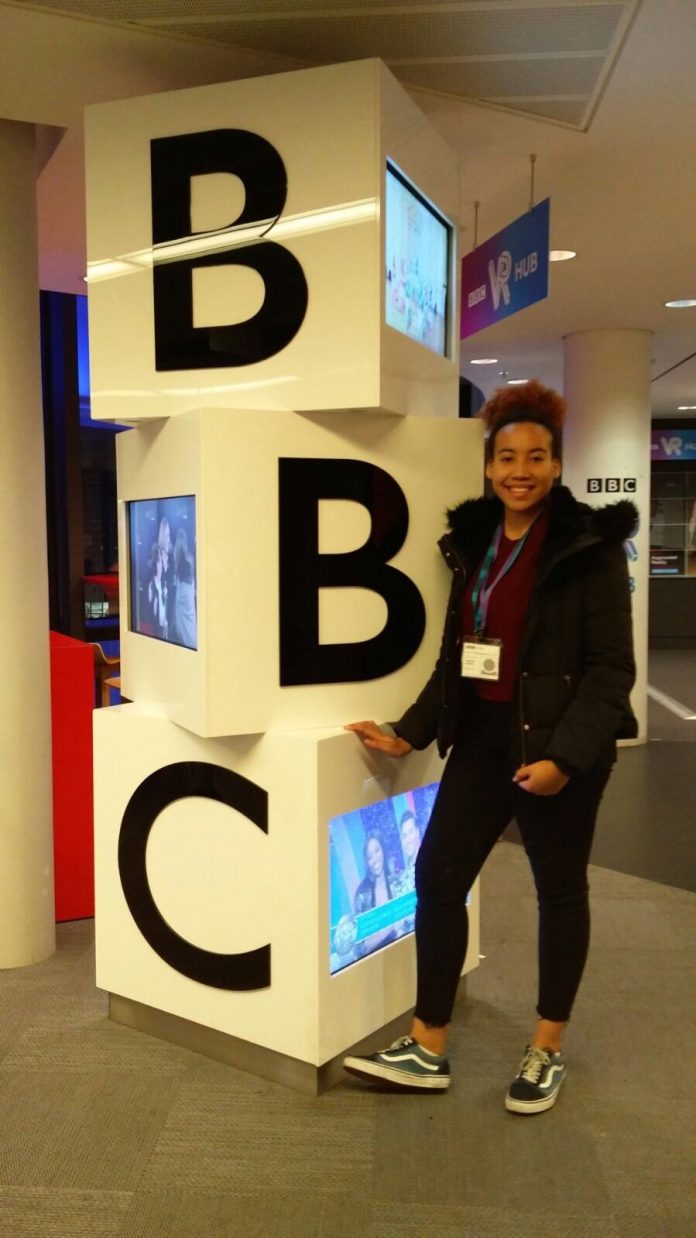 We were delighted to join ACES Youth Project and ACESAspire on a visit to the BBC to hear more about BBC’s First Steps Mentoring project. We are really excited about the programme and hope that parents, whose children are interested in media, will encourage their children to apply for the mentoring programme.

The full details are below.

The BBC is offering mentoring, support and guidance for up to fifteen young people from the Greater London area.

Who is the BBC’s First Steps Mentoring project for?

The mentoring project is for talented young people with a passion for some kind of media, who have that creative spark but might need some help when it comes to dealing with formal applications.

What is the aim?

‘First Steps is here to give a little bit of help to talented potential candidates.’

Where will it be held?

Successful applicants will be invited to BBC London over a series of three days for a full day.

When will it be held?

One day in January, February and March.

What will be involved?

It will involve mentoring, shadowing, employability training and potential masterclasses.

How can your child apply?