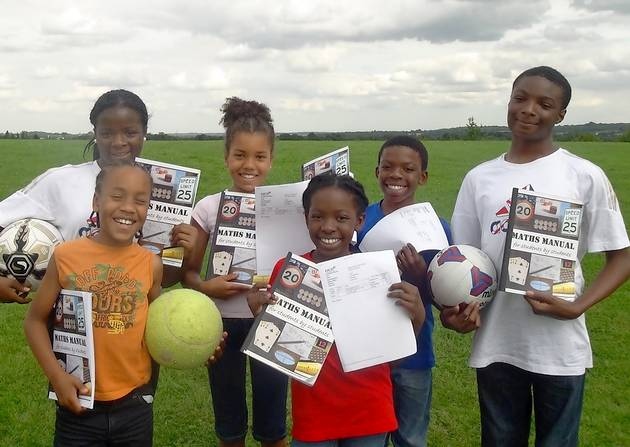 Excellence In Education: Inspiring the Genius in Every Child

Over the next few months, we will be focusing on organisations that are helping children to achieve their fullest potential, reduce underachievement and improving social mobility. Today, we take a closer look at Excellence in Education. 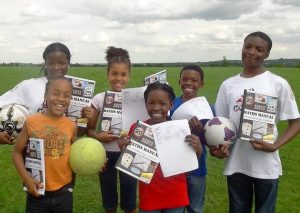 One of the driving forces behind EiE, Professor Chris Imafidon, recently shared his story of being diagnosed as autistic at a young age and overcoming various attempts to stifle his genius, Professor Imafidon has dedicated his time over the years to unleash the genius in every child. Through the award winning organisation, Excellence in Education, he has helped children from state schools in the UK to fulfil their potential at an early age.

Excellence in Education has found a way to bridge the social disparity and achievement . The strategy is that the organisation focuses on finding the genius in each child, and conforming to the child’s ingenuity. Children love games, they love fun activities; making them see maths as a game to win is the central idea the organisation is built on. This simple idea has helped children win scholarships to top schools in the UK. Some of them have met the Queen and worked with Fortune 500 companies like Goldman Sachs and Hewlett Packard. Pupils have achieved high A-levels grades at two, four, even ten years younger than is traditionally accepted.

In the UK where just 32% of 11 year olds attain the expected standards of reading, writing, and maths solving, 11 year olds at Excellence in Education are smashing A-level records and making new ones. Interestingly, these scholars keep breaking each other’s records. New scholars are smashing previous scholars A-levels achievements with ease.

Anne-Marie Imafidon passed the Maths and ICT GCSE exams at age 10 and A-level computing at 11, becoming the youngest girl to pass the exam. She was awarded a scholarship to study maths at John Hopkins University at 13. She further got a Master’s degree scholarship at the age of 20 from Oxford University. Her list of honours seemed unstoppable with enviable positions at companies like Goldman Sachs, Hewlett-Packard, Deutsche Bank and Lehman Brothers.

The Computing, mathematics and language child prodigy, Anne-Marie Imafidon later founded STEMettes. She received a Member of the Order of the British Empire (MBE) for her remarkable excellence and contribution to young women through her organisation. The award was presented to her by Her Majesty, Queen  Elizabeth II. Consequently, She became the youngest scientist to be recognised by the royal family since 1890. Her organisation was birthed as a result of the lack of diversity present in the UK ICT sector. She inspires young women to venture into science, technology, engineering, and maths (STEM). The platform has engaged more than 7000 young women in workshops and events designed to foster young women in STEM careers. She has also been honoured with numerous awards like the UK IT Industry and British Society’s Young IT Professional of the Year in 2013, the 8th most Influential woman in IT in 2016, Evening Standard’s list of ’25 under 25s’, Guardian’s ‘Top 10 women in tech you need to know’ and many more. She was named among the BBC’s 100 most Influential and Innovative women of 2017.

Anne-Marie Imafidon is only one of the many inspiring geniuses the Excellence in Education platform has brought to limelight. Six year old Alexsha Monforte picked up her GCSE grades ten years earlier than co-candidates. While 16year olds were nervously opening their envelopes, she proudly collected hers. The little girl was excited she achieved a Grade 5. In her own words, “I find Maths as a game because of Professor Chris. I love playing MangaHigh and Excellence in Education games and I was also given a special book called the Maths Manual. When I grow up I want to be a scientist. I want to create a robot that does whatever you do. It will be silver and gold.” From her words, it is obvious these kids are not just taught how to pass. They are taught to have dreams and achieve their dreams.

Another of the organisation’s pupils set A-level records to win admissions at Eton College and other 25 top schools. Israel Adeboga, an 11 year old is used to this sort of success after passing his GCSE at 8. The boy who is yet a teen passed A-level statistics after utilising the Excellence in Education strategy of seeing subjects as a game. Adeboga who wants to be a renowned scientist or a top CEO said, “I am happy to have passed all the grammar and public school entrance exams. I love music and football and want to be a scientist when I am older. Before attending the EIE program, I thought learning was difficult, and never heard of the learning games, I never thought I could pass any of these exams or learn through playing games as we do at EIE. If anyone sees maths as a game, then success is very easy. I am delighted to have Professor Chris Imafidon as my mentor”.

Israel joined Zane Narh who passed the rigorous Eton College exams in 2016 at the age of ten. Zane passed GCSE maths at nine and had a tough time choosing which college to attend as he had many top schools lined up at just 10 years of age. Zane also plays Hockey with his borough, so young scholars are encouraged to study and play. This philosophy ensures that children who attend state school still develop well- rounded characters and skills.

EiE also focuses on helping inner-city children who have less advantages maximise their potential. Greenfield based Rebecca Shrestha got an A in her maths GCSE at 10 years. While East Ham based Sofia Monforte had a D at just 8 years old. Hannah Christian-Rivers who coordinates the organisation’s Stratford centre noted that “They were the best results we have had for this age group. The whole organisation was set up on the premise that every child is a genius. Every child is given the motivation to feel they can succeed. It is possible for anybody to do it.”

Excellence in Education has built this platform in such a way that it fosters healthy competition and willpower among these little kids. The Imafidon twins Peter and Paula passed their A-level exams while setting a joint world record alongside. They were nicknamed the “Wonder Twins” when they obtained D grades. They later became the youngest students to succeed in the University of Cambridge’s Advanced Mathematics Paper. The twins from Waltham Forest, London, who were enrolled in a state school had multiple offers from leading secondary schools  in the UK. In the process, they were named the youngest secondary school pupils.

There’s one other story about siblings Samuel Brant and Laurelle Brant, 8 and 9 respectively. They were awarded with D and A grades with Samuel narrowly missing out on a C. Their mother, Vinessa had this to say: “For my children, maths is not a horrible thing like it is for some people. It is fun for them. When they were doing their exams I was petrified seeing them with all the teenagers, but they just trundled in. When they had finished, they asked to do more. We will just run with this. We are not interested in being pushy, we just want to develop their natural skill.”

One of the pioneers of this novel education platform, Samantha Imafidon, studies computer science at the Oxford University. She was part of a TV programme aimed at celebrating the Queen’s 90th birthday. In 2005, Samantha Imafidon became the youngest child to pass GCSE in one sitting having C and D grades in statistics and mathematics at age 7. Miss Imafidon said: “I want to be just like the Queen and encourage young girls to get involved with science, technology, engineering and mathematics because there just aren’t enough involved at the minute.” Further, she spoke about the Queen being her lifelong role model: “I’ve always seen the Queen as a real role model for me and there aren’t many female role models for young girls these days – one day I would like to be one myself. All people need to see is that maths is just a game and learning it can be really fun.” She didn’t just speak about her love for maths. She also noted that she would launch a project aimed at young girls: “I’ve already started working on an app for young girls who start their periods at a young age, which has had some interest from the NHS, and I hope that this will also help young girls in the future.”

Excellence in Education aims to level the playing field for both the advantaged and the disadvantaged. The platform isn’t built for blacks alone. There are white kids enrolled in the programme as well. The organisation’s leader, Professor Chris Imafidon said “Using the appropriate EIE system, everyone can understand the fundamentals of any A-Level subject in 21 days. Anyone can be taught to love maths, music or science or any subject via gamification. With the right methods, tools, and techniques, every student is a genius. Your learning system is more important than your so-called ability. Every single child is born a genius in one thing or another.”

Everyone is a genius. Every child is born to be the champion of her dream irrespective of her race or ability. That is the core belief of Professor Chris Imafidon and Excellence in Education.