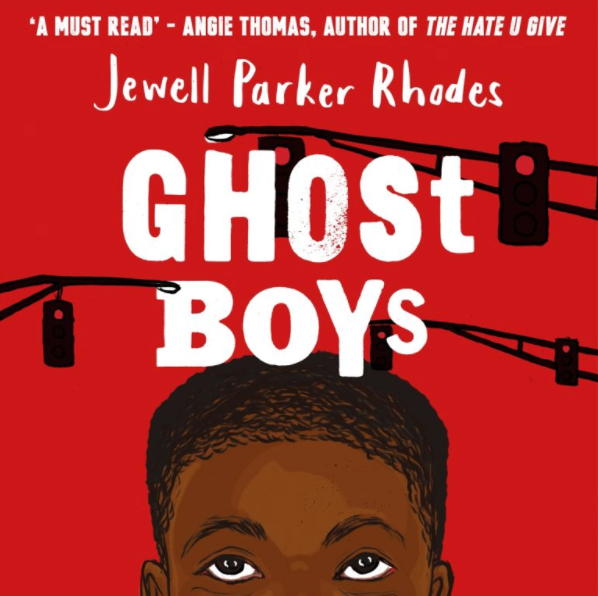 The book I have chosen to read as part of APG’s Black history Month reading challenge is,
Ghost Boys by Jewell Parker Rhodes.

This book is about the anguish that his family and community faced after 12-year-old Jerome
was brutally shot by a police officer. As a ghost, Jerome observed the aftermath of his death
and began to learn that he was not the only black boy who’d received an unjust killing.

This book is themed around police brutality and racism in America. I think that it is a relevant
book as its themes link to the death of George Floyd in 2020 and the response it caused
leading to people all over the world spreading awareness on racism. Jerome’s death is
based on the death of Tamir Rice in 2014, who was rapidly shot after an American police
officer saw him carrying a toy gun. This may have surprised some readers that someone
could be killed over something such as small as a toy.

In the book, I particularly liked the fact that it showed how the police officer’s daughter,
Sarah, felt about the situation, as well as the victim’s opinion of her. It brought ideas we
might not have thought of, such as what the family of the police officer felt and what the
victim, as a ghost, thought about his death. I also liked that in the story, when Carlos
(Jerome’s only friend) admitted to giving Jerome the toy gun, the grandma isn’t angry about
it, she just accepted it as she knew that he isn’t the one to blame for her grandson’s death
but the police officer who shot him.This shows how forgiving his family is.

As a Ghost, Jerome meets another ghost of a young 14 year old black boy who we’d later
find out is Emmet Till. Emmett Till was killed on August 28 1955 whilst visiting family in
Mississippi. He was brutally murdered after being accused of harassing an white woman four
days earlier. As Sarah can see both Jerome and Emmett, she becomes curious to find out
what was the cause of Emmett’s death. As quoted from the book, Sarah states “I’m in
seventh grade and I haven’t learned about Emmett Till.” This shows how younger people are
not as educated on racism as they are not taught about it in school because they’re “too
young” or “it’s too much for them to handle”