[vc_custom_heading text=”Do you get confused about how to help your child get through school and succeed in life?” font_container=”tag:h1|text_align:center|color:%23303030″ use_theme_fonts=”yes”]

Are you looking to help your child succeed at school, college, university or at work but don’t know how? Frustrated about the lack clear and simple information online about what your child is doing at school? Want to connect with other like minded parents who simply want the best for their child in education and work?

If yes, then the APG Parent Member community is for you! 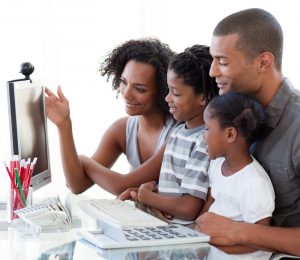 We’re so excited to invite you to the APG Parent Community!

We can’t wait for you to join us. Together we can build a better future for our children and help them achieve their dreams.

“I wanted my child to succeed but I really had no clue what I should aim for or how to achieve that success. APG suggested different seminars and programmes. I got exposed to a whole new world. I received exceptional  support during the 11 PLUS period. We met experts and other parents who shared ‘proven strategies’… and my daughter passed a number of 11 PLUS exams and even secured an offer at an independent school.”

“Earlier this year, I found that my fifteen year old was becoming increasingly challenging at home and at school. We were receiving frequent complaints from to the point where she was on the verge of being excluded.

I joined the Amazing Parent Gems. It was a relief for our family to get some quality support, no longer struggle alone, gain an understand the education system and strategies to best engage my daughter.

Along with this support, my daughter had access to inspirational videos, leadership tasks and was given the opportunity to attend several networking meet up events in London with successful professional and business women. This really inspired her and changed her mindset and behaviour”

“Before APG our son’s sole purpose in life was to become a professional footballer. Education didn’t matter to him. He felt that as long as he worked hard on his talent he would succeed in his goal. Whatever we said to him about education and having a second option was like water on a duck’s back.

APG provided us with a football mentor who gave our son a great insight into professional football in England which is tied to one’s academic performance. Since the one to one interaction with the mentor, our son’s enthusiasm for his school work has shot through the roof. It is like an eureka effect in his life. We don’t even need to tell him to read anymore.  APG was a God send vehicle for me and my family.”

[vc_custom_heading text=”Frequently Asked Questions” font_container=”tag:h2|text_align:center|color:%23dd8f1a” google_fonts=”font_family:Open%20Sans%3A300%2C300italic%2Cregular%2Citalic%2C600%2C600italic%2C700%2C700italic%2C800%2C800italic|font_style:600%20bold%20regular%3A600%3Anormal” css=”.vc_custom_1537912691990{margin-top: 0px !important;padding-top: 2px !important;}”][vc_toggle title=”What are the benefits of Joining APG” el_id=”1537913590059-94b86827-77d4″]The APG Parent Membership will help you reduce stress and the time consuming and confusing task of knowing how to help your child at school and beyond. Instead of trailing through scores of websites, we bring you high resources, videos, professionals, experts and proven steps guaranteed to help your child success. You are joining a community of passionate parents. You don’t have to work it out alone. Learn from other parents, high achieving students and APG mentors. Join our regular Masterclasses where you can discuss your most pressing questions and concerns. In addition to those amazing benefits, APG will also host various events, company visits and award ceremonies that will benefit and inspire your child.[/vc_toggle][vc_toggle title=”How do I join?” el_id=”1537913534114-44f6523e-1a15″]Pick the best plan for you below! You have three options, our quarterly, annual and VIP plans. The annual plan is for parents who would like to save a substantial amount by paying for the full year up front. The quarterly plan is suitable for parents who want a more affordable option. Our VIP package includes a 2 hour 1-2-1 with one of our experts who will help you and your child deal with any specific challenges you may be having right now and work with you to create a 5 step plan for success.[/vc_toggle][vc_toggle title=”Can I cancel?” el_id=”1537913679021-b44f88a5-2c46″]Yes, you can cancel anytime before your next payment is due.[/vc_toggle][vc_toggle title=”Is there a guarantee?” el_id=”1537943869008-8a3ec2a5-81ff”]Yes we offer a no questions asked 7 day money back guarantee. So if it’s you’re not happy with your membership just get in touch with to arrange a full refund within 7 days of joining. But we’re confident you’ll love it….[/vc_toggle]
[vc_custom_heading text=”Join Our Community” font_container=”tag:h2|text_align:center|color:%23dd8f1a” google_fonts=”font_family:Open%20Sans%3A300%2C300italic%2Cregular%2Citalic%2C600%2C600italic%2C700%2C700italic%2C800%2C800italic|font_style:600%20bold%20regular%3A600%3Anormal” css=”.vc_custom_1537954611113{margin-top: 0px !important;padding-top: 2px !important;}”]
Starter
Billed Monthly
£17
£17/month (Normally £21/month)
Everything you need to get started
APG 'GEMS' Platform with over 100 educational videos and courses
Monthly 'School, Life and Work' Webinars with Experts, Professionals and Entrepreneurs
APG Private Parent Education Support Group
Annual VIP Awards
Select Plan
Essential