[vc_custom_heading text=”Join the APG Parent Power Circle Today and Secure Your Child’s Future Tomorrow!” font_container=”tag:h1|text_align:center” google_fonts=”font_family:Open%20Sans%3A300%2C300italic%2Cregular%2Citalic%2C600%2C600italic%2C700%2C700italic%2C800%2C800italic|font_style:700%20bold%20regular%3A700%3Anormal”][vc_custom_heading text=”Access Transformational Education, Parenting and Employability Mentoring and Coaching Events, Resources and ‘Proven Strategies’ from Leading Educators, Top Professionals, Leading Entrepreneurs and Dedicated Parents in ONE POWER Network Dedicated to Raising Dynamic Future Leaders and Securing Your Child’s Future Today.” font_container=”tag:h2|text_align:center” use_theme_fonts=”yes”][vc_custom_heading text=”Want to fully understand how to help your child excel at every step of the educational journey? Want to secure quality employment opportunities and prepare your child for leadership? Want to access educational and parenting resources in your own time? Want to be a part of a supportive and thriving like- minded community of parents, educators and professionals? If yes, then the APG Parent Power Circle is for you!” font_container=”tag:h3|text_align:center” use_theme_fonts=”yes”] 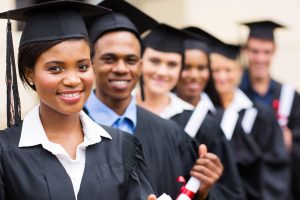 Join the APG Parent Power Circle and gain access to expert educational, employment and parenting support regularly and at your own convenience. Never feel lost or alone,  instead be surrounded and supported by a strong network and have access to ‘proven strategies’, quality information and resources at your ‘finger tips’ to help your child secure a brighter future and excel every step of the way.

Fully understand how to implement stress-free ways to equip, support and effectively unleash your child’s fullest potential in school, college, university, work and beyond. Be part of a strong network of supportive, motivated and like- minded parents who value education, are also committed to securing their children’s future and attend exclusive meetings online and offline, weekly, quarterly or yearly.

Get your pressing questions and concerns answered, stay informed with experts in a non- judgemental way and have access to expert advice so that you can support, inspire and motivate your child to achieve their potential.

Education and Parenting Tools and Resources

Keep your child motivated and inspired. Get access to information in one place, at your finger tips’, that will help your child to get ahead at every stage of the educational journey from early years to university and beyond. Be the first to hear about different educational events, internships and work experience. Gain exclusive access to high quality educational and parenting resources and ‘proven steps’ strategies from experts, teachers, parents and high achieving young achievers so that you can understand the dynamics of the education system (National Curriculum) and what your child should be studying.

PLUS Discounts and Opportunities

We cannot wait for you to join us and start accessing the wealth of support, information and resources today.

Football, Education and Beyond- Father (Secondary and GCSE)

Before APG our son’s sole purpose in life was to become a professional footballer. Education didn’t matter to him. He felt that as long as he worked hard on his talent he would succeed in his goal.

Whatever we said to him about education and having a second option was like water on a duck’s back. He is academically good, a reat athlete, wonderful actor and plays the drums.

APG provided us with a football mentor who gave our son a great insight into professional football in England which is tied to one’s academic performance. Since the one to one interaction with the mentor, our son’s enthusiasm for his school work  has shot through the roof. It is like an eureka effect in his life. We don’t even need to tell him to read anymore.   APG was a Godsend vehicle for me and my family.

I really had no clue what I wanted. APG suggested different seminars and programmes. I got exposed to a whole new world. I received massive support during the 11PLUS period. I wasn’t sure if my daughter could pass the exams. We met other parents who shared ‘proven strategies’… and my daughter passed her 11PLUS and got offered an independent school place.

A complete turnaround- Parent of a teenager (Secondary School)

Earlier this year, I found that my fifteen year old was becoming increasingly challenging at home and at school. We were receiving frequent complaints from school about her attitude and behaviour to the point where she was on the verge of being excluded two months before the end of the school year. Then came the turnaround…. I spoke to Donia and joined the Amazing Parent Gems membership and training programme.

It was a relief for our family to get some quality support, no longer struggle alone, gain an understand the education system and strategies to best engage my daughter. I had access to amazing weekly expert mentoring, coaching, support and education guidance for my daughter and myself.

Along with this support, my daughter had access to inspirational videos, leadership tasks and was given the opportunity to attend several networking meet up events in London with successful professional and business women. This really inspired her and changed her mindset and behaviour.

My daughter now is settled in school, thriving in top sets and was invited by the school to take triple science as part of her GCSEs.

I strongly encourage everyone to take advantage of this amazing support system.