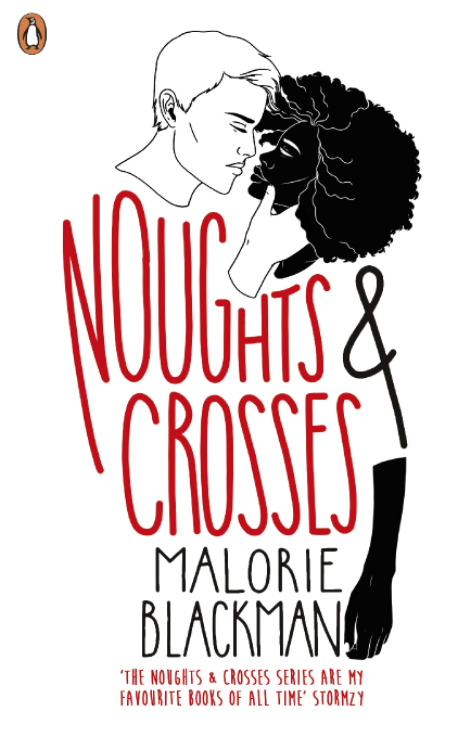 Noughts and Crosses by Malorie Blackman

Overview:
Noughts and Crosses is a fiction novel that tackles issues of racism and prejudice
from 2 points of view, using a split narrative to capture both sides.

Setting:
The book is set in an alternate version of London called Albion after Africa(Aprica)colonised the area.It is also set in a world in which the roles are reversed to real life, people who are of colour are in charge and are the Crosses, while people who are white are discriminated against and Noughts(signifying worthlessness),creating a new perspective to the real world problem.

Plot Outline:
The two main characters, Sephy and Callum(of different races), find themselves in
love with each other, shown subtly throughout the book, even in the beginning. This
leads to many unexpected and suspenseful plot-twists within the book that keep the
reader attached to it and edging to read on.The book has many antagonists as well
since the world is unjust and not right, such as their teachers and considerably some
family members from both sides. This also creates well made conflicts.

Favourite Character:
As well as the well developed plot,I like the depth given to the characters, with my
favourite being Callum’s sister Lynette, an outspoken side character who is not as she
seems.

Conclusion:
In conclusion, Noughts and Crosses is a well put together, inspiring book about how
although there may be injustice in the world, you should believe in what you want to,
no matter who or what is holding you back. Malorie Blackman tackles global problems
in this book, making racism easier to understand; breaking down the problem while making a novel about separate problems as well