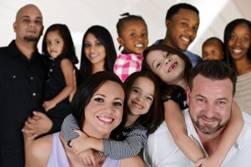 According to psychologists, parents tend to have different ways of controlling or socialising their children. In addition, it is assumed that the primary role of every parent is to influence, teach and control or discipline their children.

Having said that, it is important to note that each parenting style has implications for the child’s social competence with adults and peers.

This article will help you to gain insights on some of the positive and negative implications of the various parenting styles of renowned psychologists.

Children that have been raised using this authoritarian parenting style tend to be well-behaved because their parents are always keen on helping them to differentiate between right and wrong. They grow up knowing that their behaviors have consequences and they will rarely cross limits set by their parents.

The authoritarian parenting style helps to create a safe environment by ensuring that when rules are set, they are set within the confines of a safe environment. Fundamentally, the authoritarian parenting style teaches children how to make decisions that are safe, and emphasizes that a lot of care has to be exercised because choices made can have very drastic consequences.

The authoritarian parenting style tends to put a lot of emphasis on structure, and it is through this structure that parents help children get closer to achieving their goals by creating step-by-step instructions that the children are required to follow. Creating structure helps to ensure that children clearly understand what is expected of them, which goes a long way toward mitigating mistakes.

·       It fosters a sense of responsibility

The authoritarian parenting style helps to cultivate a sense of responsibility in children because the set limits and rules help them to base their character or personality on their actions. Children brought up under this parenting style are very meticulous and orderly.

The authoritarian parenting style helps to foster unity within the family because there is clarity on what needs to be accomplished. Expectations are normally made clear to every member of the family, which helps to ensure that any actions taken do not create confusion.

The authoritarian parenting style tends to equip children with problem-solving skills because parents are keen to encourage them to make amends on whatever they do wrong. For instance, a child who fails in exams is taught how to correct the situation by doing better in subsequent examinations.

The Negative Impacts of Authoritarian Parenting

Children brought up under the authoritarian style tend to depend on the set limits and rules in order to define their options and behaviors. Consequently, this tends to affect the children’s learning and problem-solving abilities because they are normally not able to deal with a situation that does not have a defined way of accomplishing it. In other words, they tend to over-rely on set rules and limits when addressing their needs.

Children raised under the authoritarian parenting style tend to assess their self-esteem based on how well or bad they are able to conform to the rules of their parents. They tend to rely on the feedback of their parents to build their self-worth in such a way that when their parents do not approve of their choices, they become very depressed and socially inept.

Authoritarian parenting has very strict rules, which do not give room for alternative choices. Children are normally forced to follow the rules of their parents or risk being punished.

Psychologists say that when you make a more conscious decision to be an authoritative parent, you are likely to see great benefits in your children. However, every style is not without its negative consequences, and authoritative parenting is no exception.

Children raised under authoritative parenting are very disciplined because of the strict rules and standards that they are expected to follow.

The authoritative parenting style tends to have strong values that promote respect among family members.

Other positive effects of authoritative parenting are that it promotes flexibility and independence among the children.

Authoritative parenting has a tendency to create rebelliousness in children because of the strict attitude that parents show when disciplining their children. In other words, children tend to feel suffocated by the strict rules and disciplinary measures and may end up being unruly.

The many strict rules and standards tend to take away the children’s joy, which makes children isolate themselves.

According to psychologists, children raised via uninvolved parenting tend to do poorly in all areas of their life such as those regarding academics, social interactions, and emotions. However, some parents feel that uninvolved parenting has both positive and negative implications for the kids.

One major effect of the uninvolved parenting style is that it enhances a child’s thinking skills, which in turn helps to sharpen the academic and intellectual capacity of a child. This is because from a very young age, uninvolved parents tend to leave their children alone and it forces the kids to learn how to not only solve problems individually, but to also provide for themselves.

In other words, children learn how to be independent at a very early age because parents never seem to have ample time for them.

Children raised under the uninvolved parenting style tend to have poor social skills because they do not learn how to interact within their households. Conversely, such children tend to exhibit antisocial behaviors and seldom want to indulge in social interactions.

Uninvolved parenting tends to affect the behavioral, cognitive and moral development of children due to the neglect occurring particularly in the early stages of life. Children raised under this parenting style tend to have severe cognitive and academic inabilities, limited interactions with peers, and social withdrawal. They also tend to suffer from depression.

Neglected children are known to suffer from social anxiety because of their subjection to physical and verbal abuse, as well as a lack of opportunities for reasoning.

Psychologists argue that permissive parenting is not the best because it does not set forth the limits and disciplines that children need.

On the other hand, parents who have raised their kids under the permissive style feel it has had some positive effects on their children.

Children brought up under the permissive parenting style tend to be very domineering and self-centered because they have not been taught how to respect the wishes and desires of other people. This is because parents that use this type of parenting do not exert their control on the children nor discipline them. As a result, they grow up seeking their own limits and boundaries.

Children that are raised under this parenting style tend to feel very insecure because there are no set rules or limits for what is expected of them. Therefore, such children grow up not knowing what to expect. In addition, this insecurity is aggravated by the absence of authority figures in their lives. In other words, they never know how far they should go with their decisions and actions.

Children of permissive parents are known to be very impulsive. They are the children that often involve themselves in delinquent or problematic behaviors (such as drug and alcohol abuse) because they are brought up in an environment that gives them the freedom to do what they want.

Research shows that when you raise your kids in an environment characterized by warmth, nurturance and limit setting, they will have positive outcomes in life.