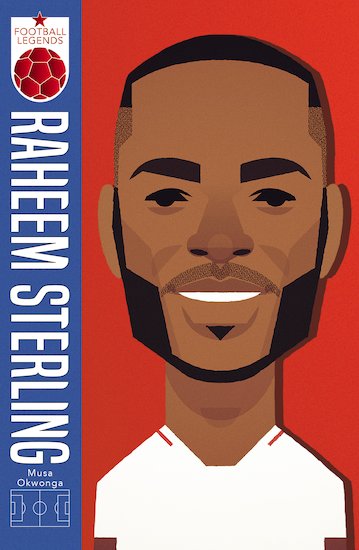 Raheem Sterling (Becoming Of A Legend) Biography By Sherman Grant

Raheem Shaquille Sterling MBE (born on 8 December 1994 in Kingston, Jamaica) is an English professional footballer who plays as a left-winger and central attacking midfielder for his Premier League club Manchester City and National team England.

The setting of the Story:

Before he was transferred to Manchester City, he joined Queens Park Rangers (QPR) academy at the age of five. In 2009 Raheem was scouted by the popular football teams: Arsenal, Liverpool, Manchester City, Chelsea and Fulham. In 2010 Sterling joined Liverpool in the Anfield Stadium.

Raheem Sterling chose Liverpool because his mom (Nadine Sterling) did not want Raheem to choose clubs in the locality in order to escape the hostile gang. In the academy director Frank McParland and Rafael Benitez, for an initial fee of £450,000, with the possibility of rising up to £2 million depending on how many appearances he made for the first team. Sterling played for Liverpool’s youth team and made his Under-18s debut against Everton.

Raheem’s first goal was a FA Youth Cup win over Notts Country. Sterling first Premier League Academy match was against Hibbernain which ended in a 2-2 draw. In February of 2011, Sterling scored 5 goals with a 9-0 win over Southend United. Sterling for promoted to the Senior Liverpool Team and he made his first senior debut, on the 24th of March 2012 with a match against Wigan Athletic. In August 2012, Raheem made his European debut for the club, coming on as a substitute for a UEAFE Europa League qualifying match against Gomel replacing Joel Cole in a 1-0 away win. The following week, Sterling scored his first goal for the senior team with a first-half strike in a friendly against Bayern Leverkusen. On 23 August 2012, he started his first match for Liverpool in a Europa League qualifying match away to Hearts in a 1–0 win. He was given his first start in the league three days later in a 2–2 draw at Anfield to Manchester City. As a result, he became the second-youngest player to score in a competitive fixture for Liverpool

In 2015 Raheem Sterling was signed by Manchester City with a record of £49 million the most expensive Englishmen transfer at the time. Sterling made his Manchester City debut with a 3-0 win over West Bromwich. Raheem scored his first career hattrick with a 5-1 win over Bournemouth. On the 3rd of November, Raheem Sterling scored his first UEFA Champions League goal with a 3-1 win over Sevilla. In March 2016 the worst thing happened to Sterling, he suffered a groin injury in a 1-0 loss to rivals Manchester United. Due to the groin injury Sterling was ruled out for 8 weeks and he eventually lost his place in the starting lineup, so he had to make his way to the bench under Pep Guardiola’s commands. He was the Premier League Player of the month for August 2016 after he scored two goals and provided one assist in three games.

This book thought me to train hard because you can get scouted to big clubs like Sterling.

The Conflict of the Story:

This story is good because it told us how Raheem Sterling’s experience and how he is one of the greatest people in the world right now from the age of 5-25.